LIGO sees light in the age old prediction of gravitational waves from black holes. Einstein had predicted the collision between black holes when he put forward the theory of relativity in 1915.Gravitational forces can be used to find out information about their origins and also about the nature of gravity. Using this information, it was concluded that two black holes had merged to form a massive and single black hole. These historical gravitational waves were discovered on September 14th at 5.51 am (EST) by LIGO observatories.

The scientists concluded that according to the received signals, the black holes had masses 29 and 36 times that of the sun. This collision is believed to have taken place 1.3 billion years ago. Calculating the time of arrival of these signals, the source has been found in the southern hemisphere.

Further studies have been conducted at Hendrix College. This is situated at Conway at Arkansas. Here a team of researchers has combined their efforts to develop a small ring laser interferometer. This can be used to detect natural calamities like earthquakes, heavy storms, tornadoes, cyclones, hurricanes and volcanoes too. It is proving to be instrumental in predicting and warning against natural disasters. Robert Dunn, A physics professor at Hendrix, said that the infrasound’s frequency spectrum could be clearly seen in the ring laser interferometer. They could also detect the infrared given out from the tornado half an hour before it reached the ground. 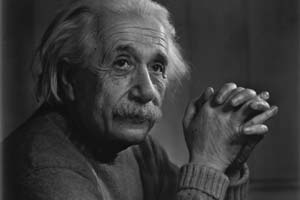 Dunn also informed that all these results were to be taken a preliminary and the team is going to continue exploring how to effectively ring lasers can reduce the dangers and risks caused by natural calamities.